As VALORANT had just reached our shore in Southeast Asia just shy of a month, we are pretty excited to try out the new game by Riot Games. With that, we are proud to say that we’ve partnered with Riot Games Southeast Asia (SEA) to bring VALORANT SEA Invitational (VSI) show match for charity!

Alongside with 30 content creators from Southeast Asia, Riot Games SEA proceeds a US$10,000 donation to the Coronavirus Relief Fund by GlobalGiving to lend a helping hand to prevent the virus from spreading further.

Being a truly regional event, we have prepared five live streams consisting of different languages including English, Bahasa Malaysia, Bahasa Indonesia, Traditional Chinese and Thai across various platforms to let the fans pick their preferable choice. As the live stream concludes, we had over 13,500 viewers watching at once with more than 64,000 hours watched and 530,000 views in total! 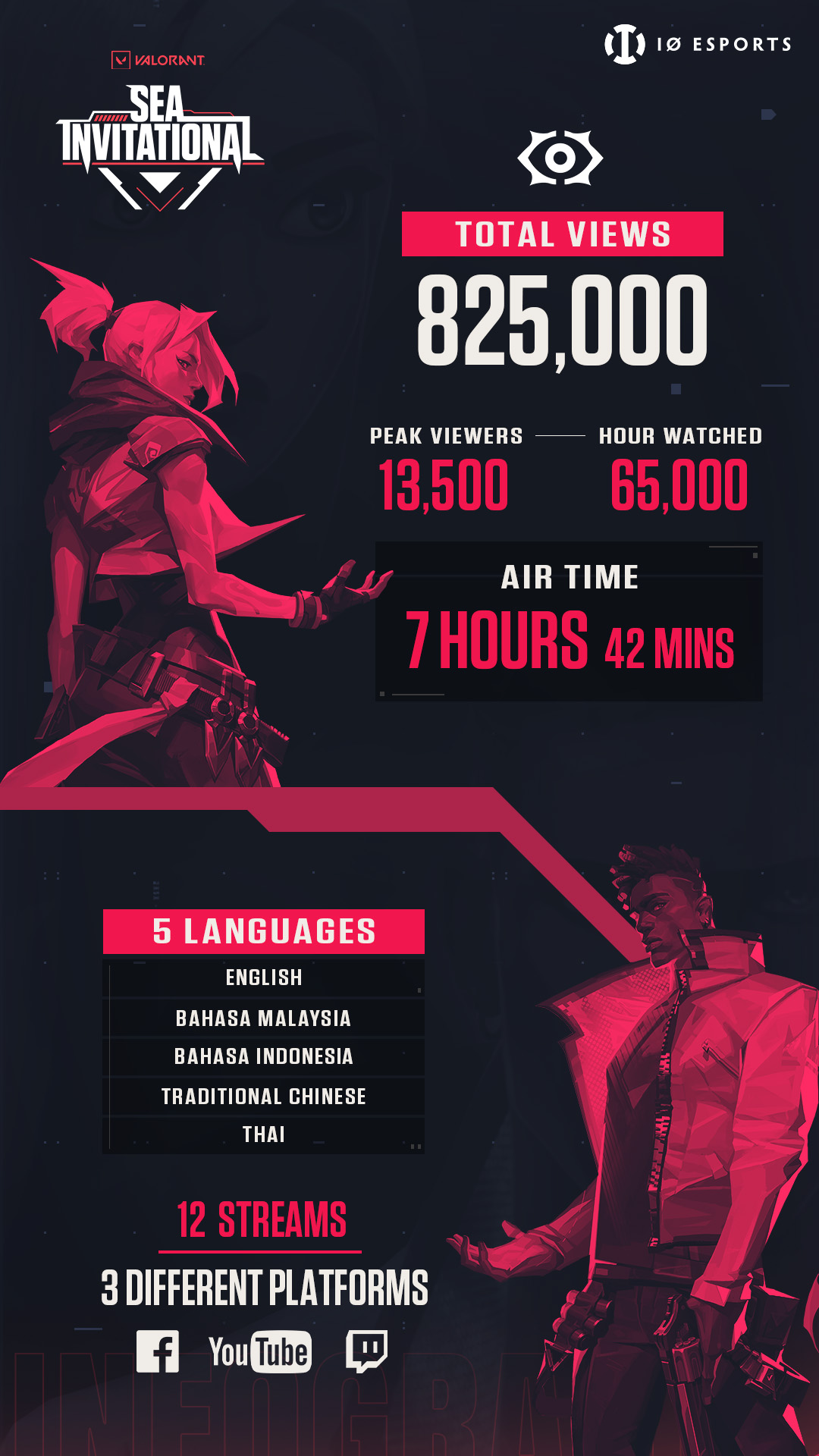 For the highlight of the day, Team Tempest had shown their dominance in FPS games, where they took home US$3,200 as champions from the US$10,000 prize pool alongside with five customized rigs powered by Intel 10th Gen Gaming CPUs. Our partners over at Intel, GIGABYTE and Secretlab had also prepared a giveaway for the viewers, and some of them managed to take home mini PCs, gaming chairs, and gaming monitors!

As the event concludes, we from IO Esports definitely had fun watching the show match alongside with the audiences. To our partners at Riot Games SEA, you guys rock!

For more information, do refer to our initial announcement or head over to the official VSI website here.